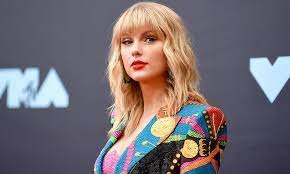 US abortion laws: Taylor Swift, Selena Gomez, Halle Berry, Richa Chadha and Cynthia Nixon among others have reacted to the ruling. Check out their tweets here.

After the United States Supreme Court reversed the right to abortion, Hollywood actors and musicians reacted to the decision. Singer Taylor Swift tweeted, “I’m so scared that this is where we are – that after so many decades fighting for women’s rights in their bodies, today’s decision has taken that away.

Singer Selena Gomez tweeted, “Looking at being deprived of a Constitutional right is shocking. A woman should have the right to CHOOSE what she wants to do with her body. The end of the story.”

Speaking on Twitter, actress Halle Berry wrote, “I’m angry! What the high court did is b *. Something must be done! Guns have more rights than women. Stop this war against women and it must be done! “We must reject it together AND NOT accept this! We will not just post about it, we must DO SOMETHING about it.”

Actress Cynthia Nixon wrote on Twitter, “This decision today at the height of Pride Month is very hurtful. The foundation on which Roe rested is the same as protecting many of our rights as LGBTQ + people. Clarence Thomas says so. We are all in this together. “Actress Patricia Arquette wrote,” This Supreme Court is a complete disaster. From giving people the right to carry guns to the taking of women’s rights to self-determination over their bodies. We could not stand it when we saw it coming. “

Actor Alyssa Milano said, “Today’s Supreme Court decision to dismiss #ReVVWade will have disastrous consequences, and the consequences will be devastating for white people who are already experiencing unfair discrimination in our country and who are facing a serious maternal mortality crisis. pregnancy-related causes may increase by 21 percent nationwide, and 33 percent by black women.

“Prohibiting abortion will have a negative impact on people of color, LGBTQ + communities, people struggling to make a living, young people and those living in rural areas. Prohibiting abortion is about controlling women and men. It is about white supremacy, sovereignty and disrespect for women.” he also wrote on Twitter.

Jessica Biel wrote on Instagram Stories, “I am angry. You should too. What happened today is not just a disgusting move for women – it undermines our ability to make decisions about our bodies … but it is also dangerous. You did not prevent abortion. You have blocked safe access to abortion. ”

Actor Richa Chadha wrote on Twitter, “You don’t get the rights until you fight for it. The American people will be organized after the overthrow of Roe V Wade by two rapists on the SC bench. The French hit the streets when the price of petrol went up a few years ago.

The U.S. court overturned the 1973 landmark decision of Roe v. He even emphasized the woman’s right to abort, saying that only countries could impose restrictions on the women. “The Constitution does not give abortions the right to abortions. The power to regulate abortions is restored to the people and their elected representatives,” the court said in a 6-3 ruling as quoted by AFP news agency.

Cost of keeping Britons out of energy poverty revealed