A 15-year-old student opened fire at his Michigan high school on Tuesday, killing three other students and wounding eight other people 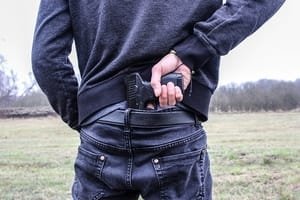 Students report there had been rumors of possible violence at the school ‘for a long time’.

A 15-year-old student opened fire on his Michigan high school on Tuesday, killing three other students and injuring eight others, authorities said.

Oakland County Superintendent Mike McCabe identified three students killed as a 16-year-old boy and two girls, aged 14 and 17. He said two of the injured were undergoing surgery on Tuesday evening and the other six were in a stable condition. One of the injured was a teacher, authorities said.

The motive for the attack on Oxford High School in Oxford township, near Detroit, was unknown, McCabe told a news conference.

“A 15-year-old Oxford High School student has been arrested and a firearm has been recovered,” a statement from the sheriff’s office said. “There was no objection during the arrest and the suspect has asked for a lawyer and has never said anything for a reason.”

McCabe said investigators would be looking at social media to find any evidence of a possible cause. McCabe said the suspect’s parents visited him at his detention center and advised his son not to speak to investigators, as it was his right. He said to the best of his knowledge, the suspect had never first consulted with law enforcement.

The sheriff’s office said the first emergency call was made at 12.51pm “about someone shooting at Oxford High School”, adding that the dispatch “received more than 100 911 calls at the time of the incident”. According to police, the incident took place in about five minutes when 15 to 20 shots were fired.

Oxford Township is a small town of about 22,000 people located about 30 miles [30 km] north of Detroit. More than 100 police officers, including the FBI special agent in charge, and 60 ambulances responded to the incident.

Police arrested the suspect and recovered a firearm, the sheriff’s office said, adding that he did not think there were more than one attacker. Authorities did not immediately identify the suspect.

A medical helicopter landed just after 2pm in the school parking lot.

“I’m shocked,” said Tim Throne, superintendent of public schools in Oxford. “It’s sad,” he said, adding that the school did not have a metal detector and did not believe that there had been any discussions about it in the past. According to McCabe, authorities knew how the student had brought the weapon to the school but did not elaborate.

Oxford High School students interviewed by reporters later described the chaotic incident when a voice was heard on the intercom announcing an active school shooter, according to the Detroit Free Press. They said at first they did not know if it was a drill.

The school is located in a closed area, with some students sheltering in locked classrooms while police search the premises. They were later taken to a nearby store in Meijer to be picked up by their parents.

Michigan Governor Gretchen Whitmer called the incident “bad”, adding: “My heart goes out to students, teachers, staff and families at Oxford High School. The deaths of many students and the shooting of many others, including teachers, are terrifying. ”

Robin Redding said his son, Treshan Bryant, was in grade 12 at school but stayed home on Tuesday. He said he had heard of shooting threats at school. “This could not have just happened,” he said.

Redding did not elaborate on what his son heard, but expressed concern about school safety in general.

“It’s just that the kids are angry with each other at this school,” he said.
Bryant said he had written to a few young cousins ​​this morning saying they did not want to go to school, and he felt bad. He asked his mother if she could do her assignments online.

Bryant said he had heard vague threats “for a long time now” about school shooting programs.

“You should not play with that,” he said of the threats. “This is real life.”

School authorities have written two letters to parents on the school’s website this month, saying they were responding to rumors that the school would be threatened following a gross vandalism.

At the Lakepoint Community Church vigil Tuesday night, Leeann Dersa burst into tears as she hugged friends and neighbors. Dersa has lived in Oxford for most of her 73 years and her grandchildren are in high school.

“It simply came to our notice then. It’s too bad, “Dersa said of the shooting. “We’ve had tragedies with young people who have died over the years, and we’ve all come together and we all helped each other and still meet them and love them.”

At Greg Hill, the day twisted her stomach into knots. Her children are attending elementary school in the district, and she brought them to the vigil.

“We are happy that our children are safe and now it is time for the community to recover,” said Hill, 40.

Pastor Jesse Holt said news of the shooting had been circulating to him and his wife, including documents from between 20 and 25 students in a 400-member church.

“Some were terrified, hiding under their desks and texting us, ‘We are safe, we are alive. We heard gunshots, but we are alive. ’They were trying to silence us, at least that was how it sounded,” he said on Tuesday night.

Another student sent a text message claiming to be hiding in the bathroom with a boy who was also seeking shelter.

After the deputies arrested the shooter, the girl fled the school and was picked up by a resident who lived nearby until her mother was able to retrieve her, Holt said.

About Those Devastating Deaths in Stranger Things Season 4