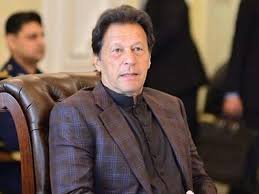 Islamabad: A Pakistani court on Thursday extended bail by two weeks ahead of the arrest of former Prime Minister Imran Khan on speech-related terrorism charges after Khan appeared in court under tight security, his lawyer said.
“This is not a terrorism case at all,” lawyer Faisal Chaudhry told Reuters of the charges, which Khan and his aides described as politically motivated.

The bond was approved on September 12, he said. Bail prior to arrest expired on August 31.

The allegations against Khan are linked to what police said was a threat to the Islamabad police chief and a female judge after Khan spoke of police torturing an aide accused of sedition for inciting a mutiny. military.

Political tensions in Pakistan remain high as Khan voices support for elections that won’t be held until October next year.

Khan denied threatening officials, saying his words were taken out of context.

In his speech about him, Khan said he would “not spare” the Islamabad police chief and a female judge who had taken his assistant into custody, adding that he would take legal action against them.