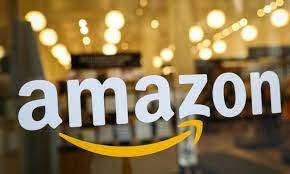 In one month this summer, four Amazon warehouse workers died in separate incidents. While the details of each death are still coming in, the deaths shine an even brighter light on a common complaint about Amazon: that it requires a brutal work pace and puts employees at risk of injury and overheating.

There are many circumstances surrounding the death. Rafael Reynaldo Mota Frias, 42, reportedly died of a heart attack in Carteret, New Jersey, while Prime Day was underway on July 13. Another worker, Rodger Boland, died after falling from a short ladder and hitting his head in Robbinsville, New Jersey. . Alex Carillo, 22, died six days after an Aug. 1 forklift crash in Carlisle, Pennsylvania.

A fourth worker, Eric Vadinsky, died after a workplace incident in Monroe Township, New Jersey, on August 4. All deaths are investigated by the Occupational Safety and Health Administration, which has six months to publish its findings.

Amazon expressed its condolences to all the families of the deceased. “Each of these tragic incidents has greatly impacted our teams, and we are providing resources to families and employees who need them,” Amazon spokesman Sam Stephenson said. “Our investigation is ongoing and we are working with OSHA, which is conducting its own evaluation of the events, as it often does in these situations.”

The investigation comes as Amazon is already facing probes from federal and state regulators over workplace safety, as well as pushing back workers against what they say are dangerously hot workplaces. OSHA has launched a wide-ranging investigation that will examine working conditions at Amazon warehouses in three US cities: Chicago, Orlando and New York. Additionally, a group of workers walked off the job at Amazon’s air hub in San Bernardino, California, in August to protest hot working conditions and wages.

The deaths also come as people reassess Amazon’s role in their lives in light of dangerous working conditions reported by news outlets, advocates and workers themselves. A group of 70 TikTok influencers signed a pledge in August to close their Amazon storefronts and wishlists and avoid entering into new deals with Amazon to monetize their videos when users click through to Amazon’s marketplace.

They sparked TikTokers: reports of excessive heat in warehouses and in trucks that workers have to load and unload in the sun, in addition to Amazon’s response to union efforts at its warehouses. A photo shared by More Perfect Union, a workers’ rights group, shows the cargo hold of an Amazon truck registering an interior temperature of 145 degrees Fahrenheit (63 degrees Celsius).

“Amazon treats their workers like shit,” TikToker @asianlefty said in a video highlighting worker complaints about hot workspaces and limited water, adding that he’s joining the People Over Prime Pledge.

Amazon spokesman Stephenson pointed out that the company’s warehouses are air-conditioned. “Our teams are trained to follow strict safety practices when operating in warmer weather, and our policies meet or exceed industry standards and OSHA guidelines,” he said.

Prevention of future deaths in warehouses

It’s hard to draw general conclusions from the four deaths, said Eric Frumin, director of health and safety at the union-affiliated Strategic Organizing Center, adding that warehouse deaths are statistically rare across the industry.

“One workplace death is too many,” said Marissa Baker, an assistant professor in the Department of Environmental Sciences and Occupational Health at the University of Washington.

These aren’t the first fatalities Amazon has seen in the past 12 months, either. While it’s unclear exactly how many Amazon employees have died in the company’s warehouses over the years, five employees and a delivery driver employed by an Amazon supplier died in a collapsed warehouse during the December tornado.

While OSHA investigated the incident and required Amazon to review its inclement weather policies, the deaths do not appear in two OSHA data sets that collect information on fatalities. When asked by CNET, OSHA did not provide information on why the deaths were not recorded in its datasets. In a statement, Amazon said all deaths are reported to OSHA as required by law.

In general, both deaths and injuries are underestimated, Baker said. “It doesn’t mean that the data we have should be ignored or that it can’t be relied upon,” she said. However, she added that more standardization is needed to record work-related injuries and deaths.

Frumin, director of health and safety at the Strategic Organization Center, added that OSHA’s investigation must be thorough in order to develop prevention plans for the future.

Looking at Boland’s death in Robbinsville, he said, investigators have to ask why someone fell from a three-foot ladder in the first place. Even if a similar fall does not result in someone’s death in the future, it can still cause serious injury. Regulators in Washington state said Amazon workers often skip using tools like stools or use them unsafely because they fear they will be penalized if they slow down enough to use them properly.

For Mota Frias, who died of cardiac arrest on Prime Day, investigators will have to look at whether the heat and work pace worsened his medical alertness.

Amazon denied responsibility for his death. A spokesman for Stephenson said the death was “related to a personal medical condition”. Amazon workers told the Daily Beast that the area where Mota Frias worked was dangerously hot, but Stephenson said claims that heat was a factor are false. OSHA will also make a decision on the issue, Stephenson said, adding, “We fully expect it will reach the same conclusion.”

A heart attack at work can be work-related even if it stems from an underlying medical condition, Frumin said. Additionally, he said, workers who fear losing their jobs will often work through health scares.

Frumin also believes the fact that the death occurred on Prime Day, when proponents say increased production demands lead to higher injury rates, is worth investigating.

“This is a big alarm,” Frumin said.

Vladislav Ugolny: Ukrainian elites are really pissed off with Elon Musk, here’s why