In a minor win for Tesla CEO...

Kejriwal’s Freebees to Rohingyas, is a National Security Issue: BJP 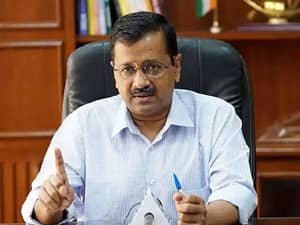 New Delhi: The BJP on Thursday stepped up its attack on the AAP government in Delhi over the Rohingya illegal Bangladeshi Migrants issue and alleged Delhi Chief Minister Arvind Kejriwal was handing out ‘revdi’ to illegal immigrants and was ready to compromise on national security for vote bank politics.

Speaking to reporters, BJP leader and Union Minister Anurag Thakur said that for political benefits, “Kejriwal is giving free water, electricity and ration to the Rohingyas. And the Delhi government is now planning to give them flats. Now they give them ‘revdi’ (free).

The BJP and AAP engaged in a war of words over the issue of shifting Rohingya Muslims to Economically Weaker Section (EWS) flats in Delhi’s Bakkarwala area.

Hours after Union Minister Hardeep Singh Puri said on Wednesday that Rohingya refugees in the capital would be shifted to EWS flats, the Union Home Ministry denied any such move and directed the Delhi government to ensure that “illegal aliens” remain in detention centres. until their release. .

It also said that the Delhi government had “proposed to shift the Rohingya Muslims to a new location”.

Calling Kejriwal a “minister of lies and not a chief minister”, Thakur said, “He is telling blatant lies…. Kejriwal and AAP are ready to compromise on national security for vote bank politics.”

“National security is of utmost importance to the BJP,” he said, while claiming that the central government has made it clear several times that illegal immigrants will not be given shelter here and the government is in talks to send them back to their countries.

“I want to clarify again that the Ministry of Home Affairs has categorically stated that Rohingya illegal migrants will not get Indian citizenship. And they will be sent back,” Thakur said.

Delhi Deputy Chief Minister Manish Sisodia said on Thursday that he had written to Union Home Minister Amit Shah urging him to order an inquiry to find out at whose behest the decision to move Rohingya Muslims to apartments in the capital was taken.

“We have not taken any decision to move Rohingya to flats. The Center also says no. So who did it? Sisodia asked and demanded strict action against those behind the decision.