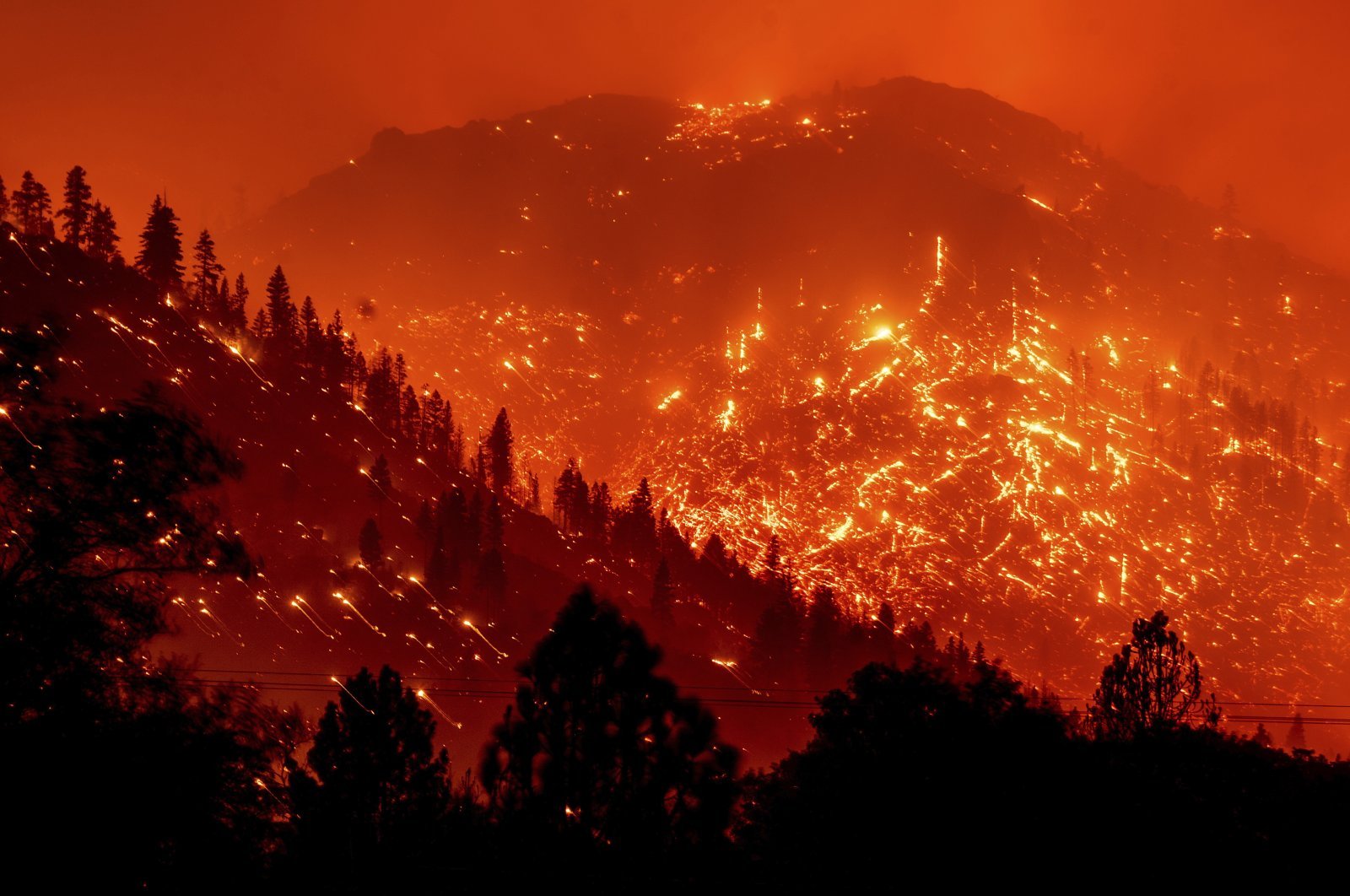 The fire, which started Friday afternoon in or near a lumber mill, blew quickly into a neighborhood on the northern edge of Weed, but then carried the flames away from the town of about 2,600 residents.

Annie Peterson said she was sitting on the porch of her home near Roseburg Forest Products, which makes wood veneers, when “all of a sudden we heard a big boom and all this smoke was coming toward us.”

Her house and about a dozen others burned very quickly. She said members of her church helped evacuate her and her son, who is immobile. She said the scene of smoke and flames looked like “the world was coming to an end”.

Allison Hendrickson, spokeswoman for Dignity Health North State Hospitals, said two people were taken to Mercy Medical Center Mount Shasta. One was in stable condition and the other was taken to UC Davis Medical Center, where the burn unit is.

Rebecca Taylor, director of communications for Springfield, Ore.-based Roseburg Forest Products, said it was unclear whether the fire started near or on the company’s property. According to her, a large empty building on the edge of the company’s property burned down. All employees were evacuated and no injuries were reported, she said.

The flames raced through dry grass, brush and wood. About 7,500 people in Weed and several surrounding communities were ordered to evacuate.

Dr. Deborah Higer, medical director at Shasta View Nursing Center, said all 23 patients at the facility were evacuated, with 20 going to local hospitals and three staying at her own home, where hospital beds were set up.

Gov. Gavin Newsom declared a state of emergency in Siskiyou County and said a federal grant had been received “to help ensure the availability of vital resources to fight the fire.”

Power outages were reported around the time the fire broke out, affecting about 9,000 customers and leaving several thousand without power late into the night, according to the power company PacifiCorp’s outage website, which it said was caused by the wildfire.

It was the third major wildfire in as many days in California, which has been in the grip of a long drought and is now reeling under a heat wave that was expected to push temperatures above 100 degrees in many areas through Labor Day.

Thousands were also ordered to flee on Wednesday from a fire in Castaic, north of Los Angeles, and a fire in eastern San Diego County near the Mexican border, where two people were badly burned and several homes were destroyed. These fires are 56% and 65% contained, and all evacuations have been lifted.

The heat took a toll on the state’s power grid as people tried to stay cool. On the fourth day, residents were asked to conserve energy during the late afternoon and evening hours on Saturday.

The Mill Fire burned about an hour’s drive from the Oregon state line. A few kilometers north of the fire, a second fire broke out on Friday near the village of Gazelle. The mountain fire burned more than 6 square kilometers, but no injuries or damage to buildings were reported.

The entire region has been dealing with repeated devastating forest fires in recent years. The Mill Fire was only about 30 miles (48 kilometers) southeast of where the McKinney Fire — the deadliest of the year — broke out in late July. He killed four people and destroyed dozens of houses.

Olga Hood ran from her Weed home Friday as smoke billowed over another hill.

With the notorious gusts sweeping through the town at the base of Mount Shasta, she didn’t wait for the order to evacuate. She packed her papers, medicine and little else, her granddaughter Cynthia Jones said.

“With the wind in Weed, everything moves so fast. It’s bad,” Jones said by phone from her home in Medford, Ore. “It’s not unusual to have gusts of 50 to 60 miles per hour on a typical day.” I was blown into the stream as a child.”

Hood’s home, which has lasted nearly three decades, was spared last year from fire and the devastating Boles Fire that swept through the town eight years ago and destroyed more than 160 buildings, mostly homes.

Hood cried as she talked about the fire at a relative’s house in Granada Township, Jones said. She was unable to collect photographs that were important to her late husband.