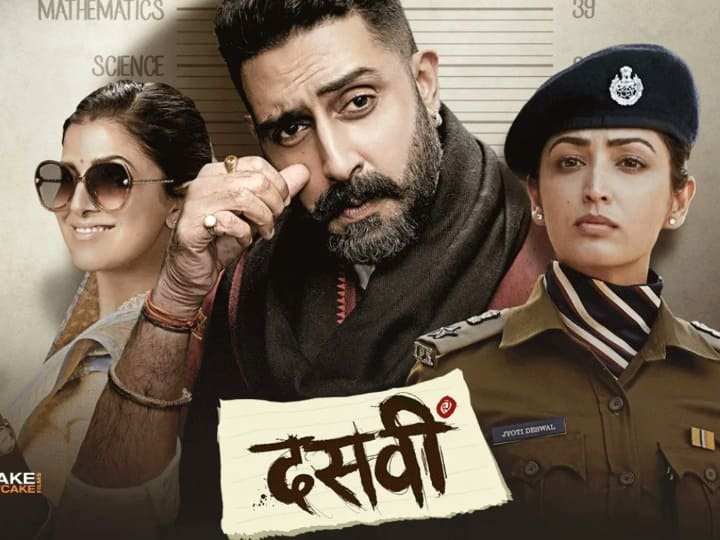 New Delhi: Without a doubt, Yami Gautam Dhar’s growth as an actress is truly commendable and her performance in her latest release Dasvi proves it.

While the film cast Yami in an all-new persona of an IPS officer ruling the hearts of audiences and critics alike, the film recently won the jury prize for Best Original Film on the Web at a recent OTT Awards.

Well, cast with a talented all-star cast, Dasvi dominated the crowds with his strong story, and indeed, he certainly deserves a big win for the Best Original Web Film Jury Prize at a recent OTT Awards.

Yami as IPS officer Jyoti Deswal provided another acting spectacle in the film. The actress has received critical acclaim for her fabulous acting. On the other hand, her pairing with Abhishek Bachchan was also appreciated by the audience.

Along with another smaller cast, Nimrat Kaur also gave a top-notch performance as Abhishek’s wife, adding an extra star to the film.

Also, with Dasvi, Yami brought another story with a great lesson that had the power to educate his audience on the importance of education. It was certainly a matter of pride for our entertainment industry that such a powerful subject matter was shown with the utmost ease.

On the film side, Yami’s next film, Lost, is set to have a world premiere at the 13th South Asian Film Festival in Chicago.

Meanwhile, he also has a very interesting lineup ahead of him with Lost, OMG 2, and the other two projects he has been working on and the official announcement has yet to be made.

Western media says Russia blew up Nord Stream. But why would Moscow destroy pipelines it spent billons of dollars building?