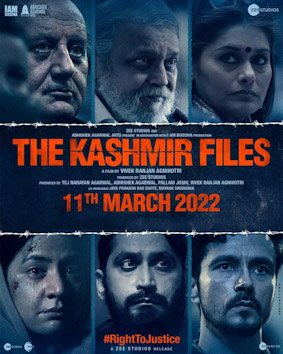 Kashmir Files has proved that it is not just a film instead a movement itself. The film is relentlessly quashing all the records at Box Office and defeated several Indian industry giants. The film has successfully crossed the 100cr mark at the Box Office and is heading towards 200cr mark.

Amid this severe movement, PM Narendra Modi is also planning to visit Kashmir and is scheduled to address masses with several growth and development enhancing projects.

Therefore, supporting Kashmiri Files will surely ease the situation for Kashmiri Pandit’s to return their homeland. The people only need to do is go and watch the film and know the appropriate facts about the issue. The relentless trends and movements will overpower the government to materialized the pending task of allotting lost land to Kashmiri Pandit’s.