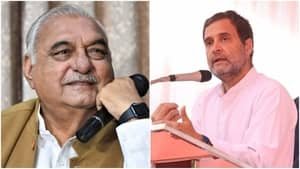 Congress Leader Rahul Gandhi met G-23 leader Ghulam Nabi Azad and Ex Haryana CM Bhupinder Singh Hooda amid a severe tussle created by Kapil Sibal within party. The discussion over revamping the grand old party back has been made while in the meet.

Sibal amid CWC meeting raised several question upon the Gandhi family leadership and then, got countered by Rajasthan CM Ashok Gehlot and Adhir Ranjan Chowdhary.

It another harsh truth that RG, visited these two leaders only to relax the tension and anti-Gandhi movement within party, increased after concluding the recently happened polls representing five legislative assembly.