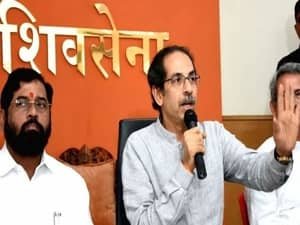 Uddhav Thackery gave his nod to rename cities of Maharashtra including Pune to Jijau Nagar, Aurangabad to Sambhaji Nagar and Osmanabad to Dharashiv. The name of Navi Mumbai Airport also changed to DB Patil International Airport.

The issue of renaming Aurangbad as Sambhaji Nagar was key among all.

Pune city has also been renamed as Jijau Nagar whereas Osmanabad as Dharashiv Nagar in Uddhav’s presumed last cabinet meet. Congress and NCP refuted against the decision.

Shinde’s rebelling has compelled Uddhav to take this decision as Sena MLA’s were raising this concerned matter of Hindutva from past 2.5 years of government of MVA. The major resentment of Sena MLA is concerned to sidelining of Hindutva ideology by Uddhav in MVA government. The ideological matters include Bharat Ratna for Savarkar, renaming of cities incuding Aurangabad to Sambhaji Nagar and strengthening Hindutva in Maharashtra.

Uddhav has played a tactical move to impress the Maharashtra and rebel MLA’s of Shiv Sena before his exit.

UK defense secretary predicts if Russia will use nukes