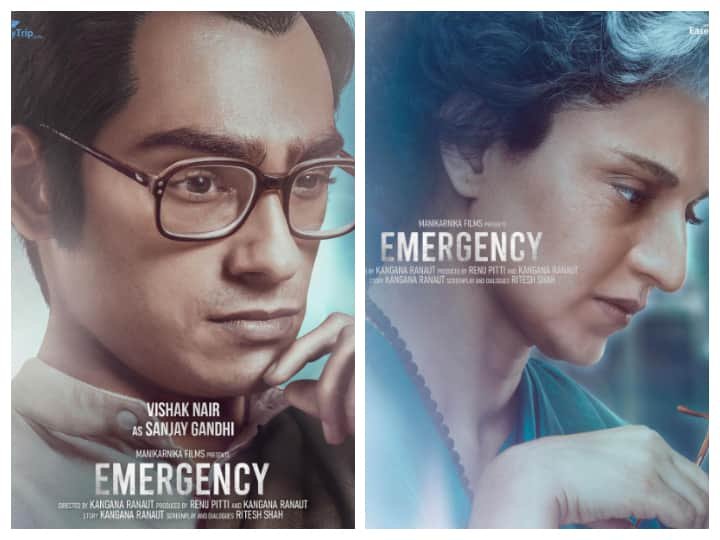 New Delhi: Ever since the “Emergency” teaser with Kangana Ranaut was released in July, the film has aroused people’s interest.

While Ranaut has garnered praise for her mysterious resemblance to former Indian Prime Minister Indira Gandhi whom she plays in the film, the choice of actors for the film’s various characters also receives a lot of attention.

Now a new addition to the cast has been announced by Kangana.

Kangana took to Instagram on Tuesday to introduce Vishak Nair and reveal that he will play the role of Sanjay Gandhi, a politician, and son of former Prime Minister Indira Gandhi. The actress wrote: “Presenting the power of talent @ nair.vishak as #SanjayGandhi; Sanjay was the soul of Indira … the man she loved and lost … # Emergency”.

In response to the post, several fans called it “surprising”. One person wrote, “This is great.”

About the character of Vishak and Sanjay, Kangana said: “Sanjay is one of the most important people in Ms. Gandhi’s life. For this, I needed someone who played a man with his innocence intact, but who was also cunning at the same time.

He is equally skilled and equally passionate. The man needed a lot of nuances and can play a whole range of emotions.”

She also said, “Sanjay is an extension of his mother. I had been looking for a face for over six months and decided to start as a face. I’m happy to launch a new face in a really big movie after Avneet. Vishak is a great actor and has done a lot of Malayalam films.

This is his first Hindi film and I’m sure it will do Sanjay’s character justice.”

Vishak added, “It was an incredible experience working on the film. Especially with Kangana Madame. I have never experienced anything like this in my career. Playing a historically significant and enigmatic character, I’m truly grateful to have the opportunity to be a part of such an incredible film.

Working with Kangana Ma’am has been an absolute pleasure and also a fantastic learning experience. It was something special to work with such accomplished artists.

I can flex my acting muscles and as an actor, I’ve never had the opportunity to push myself in a role like this before.”

The film is produced by Renu Pitti and Kangana Ranaut. The screenplay and dialogues are by Ritesh Shah.