Forced Conversion and persecution in India, Part 3 Dark Side of Mughals 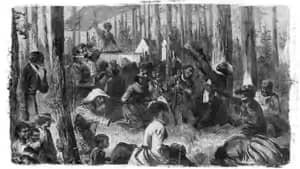 In India, our distorted education system has portrayed Mughal’s as nation builders whereas Mughals in reality resulted mass conversion, persecution and ruined several pious religious and educational structures of Non-Islamic faiths all over the country. This propagandist and radical perception portrayed heroic image of these invaders where, Salim-Anarkali and Shah Jahan-Mumtaz become love epics, whereas propagandists and radicals honoured Akbar as The Great.

The Mughal Empire started due to tension raised between Lodi’s, Suri’s and Mughal Invader Babur, which lasted for about 350 years. The Mughals faced laudable resistance from several sons and daughters of this motherland which eventually minimized the risk upon Bharat of being government by Sharia Law. The Bundelas, Sikhs, Ahoms, Mewaris, Marwari’s, Marathas, and several other rose up against injustice and barbarism under Mughal rule.

At first, in 1398, Babur’s ancestor Timur attacked India after he received letters from Islamic Hakims from India stating that the Tughlaqs were weak and frightened of Hindus and couldn’t result in mass assault, Conversion, and persecution of Non-Islamic faiths; they further added that Indians possess immense wealth; thus, there is so much to loot. Hence, carrying a motive to demolish Sanatan Culture and Non-Islamic faiths, he marched toward India. Timur massacred around 1 Lakh Hindus upon entering India and further plundered, burnt and looted Jaisalmer city. According to the Zafarnama, Sharafuddin Yazdi writes,

Timur’s] soldiers grew more eager for plunder and destruction … On that Friday night, there were about 15,000 men in the city who were engaged from early eve till morning in plundering and burning the houses. In many places the impure infidel gabrs [of Delhi] made resistance … On that Sunday, the 17th of the month, the whole place was pillaged, and several places in Jahan-Panah and Siri were destroyed. On the 18th the like plundering went on. Every soldier obtained more than twenty persons as slaves, and some brought as many as fifty or a hundred men, women and children as slaves out of the city. The other plunder and spoils were immense, gems and jewels of all sorts, rubies, diamonds, stuffs and fabrics of all kinds, vases and vessels of gold and silver … On the 19th of the month, Old Delhi was thought of, for many infidel Hindus had fled thither … Amir Shah Malik and Ali Sultan Tawachi, with 500 trusty men, proceeded against them, and falling upon them with the sword despatched them to hell.

Atrocities in Babur and Humayun’s reign:

The first Mughal Invader Babur and his son Humayun butchered nearly 7.5 Lakh people practicing Non-Islamic faiths during their reign.Babur and Humayun’s reign witnessed mass Conversion, immense atrocities, a slavery system, the imposition of the Jizya or Pilgrimage tax upon practising Non-Islamic faiths and further resulted in the desecration of several religious places, including the famous Ram Temple of Ayodhya and constructed Babri Masjid by the remains of Temple.

According to the founder of Sikhism, Guru Nanak Dev, he quotes in four hymns that he witnessed Babur practising religious conversion and widespread atrocities over Non-Islamic faiths, majorly Hindus and Sikhs. It is also said that the Muslim camps were building “towers of skulls of infidels under Babur’s rule.” According to Tuzak-i-Babari, Babur, during his northwest campaign, targeted Pagans, Hindus, Sikhs and even non-extremist Muslims like Sufis. Maharana Sanga was the one who defeated Babur twice in Battle of Khanwa and Battle of Bayana, which eventually decreased the fear among Locals. Maldeo Rathore and Medini Rai were also enumerated among those who confronted Babur’s barbarism until their last breath.

Akbar, the third Mughal Emperor, resulted in the spread of Islam through the means of “Love Jihad” by marring several Hindu princesses. According to many journals and novels, Akbar takes “Nau Rose,” that means he sleeps with Hindu Queens for the first nine nights to expand the Conversion through biological means. With whom so ever Akbar married, he made them Change their names for example Jodha Bai was compelled to change her name to Mariam-uz-Zamani, still several historians baselessly argues that Akbar loved Jodha immensely and was religiously tolerant.

After the Chittorgarh Victory in the Siege of Chittorgarh, Akbar massacred and persecuted 30,000 plus Mewari’s living in the fort premise, whereas several Rajput women committed Jauhar to save their honour. As noted by several figures, Akbar had around 3,000 to 5,000 women in his Harem, which were bought into that hell forcibly as sex slaves. Akbar was the one who imposed Jizya tax back upon the Hindus after camouflaging some historians.

The motives of Akbar were quashed by several heroic patriots like Maharana Pratap, Chandra Sen Rathore and Rani Durgawati, who fought against Bigot Akbar and his fanatic policies. When Akbar cast his foul eye upon Kiren Devi (Niece of Maharana Pratap) by inviting her at Meena Bazaar, Maa Kiren Devi took out her ‘Katar‘ after which frightened Akbar beg his life in front of her, and she spared him on the condition that he will stop oppressing women. When Akbar tried to extinguish the burning flame of the Jwalaji temple, Maa Jwala Devi scared him, after which he retreated to Delhi. Terrified by these instances, frightened Akbar shifted himself to Lahore and even stopped organizing Meena Bazaar.

Rule of Jahangir and Shah Jahan: Taint on Love and humanity:

Salim (Jahangir), revered as a love legend by some propagandists, was one of the most considerable taints of the love; his love continuously changed from Anarkali to Shah Begum, Shah Begum to Noor Jahan, and he even had several concubines. Under the lust of Noor Jahan, Salim got Ali Quli (Husband of Noor Jahan) killed at the hands of his brother Qutubuddin. During his Ahmadabad campaign, Salim slaughtered and converted several Jains and demolished their temples. The Fifth Guru of Sikhs, Guru Arjan, was captured upon Salim’s orders and tortured to death upon a denial to accept Islam. According to the Intikhab-i-Jahangir-Shahi, which affirms Jahangir’s persecution and Conversion of Hindus at the mass level and this reads as:

One day at Ahmedabad, it was reported that many of the infidel and superstitious sect of the Seoras (Jains) of Gujarat has made several very great and splendid temples, and having placed in them their false gods, had managed to secure a large degree of respect for themselves. Emperor Jahangir ordered them to be banished from the country, and their temples to be demolished. Their idol was thrown down on the uppermost step of the mosque, that it might be trodden upon by those who came to say their daily prayers there. By this order of the Emperor, the infidels were exceedingly disgraced, and Islam exalted.

Khurram, aka Shah Jahan, was a son of Salim(Jahangir) whose philosophy regarding non-Islamic faith was too brutal as he persecuted Sikhs at large and destroyed several Sikh Gurudwara’s, including Sikh Baoli and Gurudwara in Lahore, which triggered armed conflict between him and Guru Hargovind, who was further awaiting for a chance to avenge the death of his father and fifth Sikh Guru Arjandev.

During the Bundelkhand campaign, the local women were captured, forcibly converted and then thrown into the Mughal Harems; it is also said that Shah Jahan had 8000 women in his Harem. According to Abdul Hamid Lahori’s writing in Badshahnama, in the province of Banaras, around 76 Hindu temples were demolished, and several saints were forcefully converted, whereas those who resisted were killed.

Shah Jahan plundered, looted and destroyed the idols of Bhagwan Shiv in Tejo Mahalaya and then made some changes in the infrastructure and styled it in his own way; after completion of the new monument so called Taj Mahal, Shah Jahan blinded and cut off the hands of around 20,000 workers employed to construct the new structure.

It is famously said that whatever quality you sow, you will receive the same in return, and the same happened with Shah Jahan when his son Aurangzeb imprisoned him until his death. During the struggle for the Delhi crown, Shah Jahan killed his several brothers, including Khusrau Mirza and Shahryar Mirza. Later, after being crowned as Sixth Mughal Emperor, he imprisoned his stepmother Noor Jahan until her death.

Oppression, conversion and persecution under Biggest Bigot Aurangzeb and descendants:

Aurangzeb was one of the cruelest emperors of the Mughal dynasty who even jailed his father and killed his brothers in order to acquire the throne. Aurangzeb forcefully converted many Hindus and resulted in the desecration of many Hindu Temples, including the Kashi Vishwanath Temple of Varanasi and Keshav Deva Temple of Mathura. During demolition of temples, Aurangzeb persecuted and forcefully converted several priests and locals of the Mathura and Varanasi and then, constructed Gyanvapi Mosque and Shahi Idgah respectively using remains of the temple which are still evident.

The chapter of granting torturous death further clarifies the cruelty of Aurangzeb upon Chhatrapati Sambhaji Maharaja, Guru Teg Bahadur and the four Sons of Guru Govind Singh for not accepting Islam and the dominance of Mughals under Aurangzeb.

After defeat in the Siege of Gurdaspur, Banda Singh Bahadur, along with his 200 compatriots, surrendered to the tenth Mughal Emperor Farrukhsiyar. According to William Irvine, when Farrukhsiyar offered Sikhs that those who accept Islam were spared, astonishingly, none of them proved false to their respective faith.

Upon the refusal by Sikhs, angered Farrukhsiyar inhumanely executed all the companions of Banda Singh. Banda Singh faced 40-60 days of torture in which his eyes were gouged out, limbs were severed, his minor son was killed in front of him, and then Child’s heart was pulled out and forcibly feeded to his father (Banda Singh) as a meal, but Banda Singh couldn’t kneel even after that much agony and die as a consequence.

Therefore, for around 350 years, the Mughal invaders did enormous atrocities, conversion, and dismantled heritage, culture, temples, educational structure of Bharat. But, the unfortunate thing is that our history books still applaud them, which clearly shows how distorted our education system is, that we remember those who killed, raped, and demolished our temples and monuments, slaughtered and forcefully converted Non-Islamic faiths.

Check out more Article in the series of Conversion and Persecution in India:

Fun AI Apps Are Everywhere Right Now. But a Safety ‘Reckoning’ Is Coming

The Bittersweet Experience of Celebrating Pride in Florida

If Our Politicians Could See What We See: A Pediatric Neurosurgeon on Gun Violence

Fun AI Apps Are Everywhere Right Now. But a Safety ‘Reckoning’ Is Coming

The Bittersweet Experience of Celebrating Pride in Florida

If Our Politicians Could See What We See: A Pediatric Neurosurgeon on Gun Violence