Tipu Sultan: Atrocities and Unknown facts of Sultan of Mysore

Enlisting the atrocities committed by Tipu Sultan to demonstrate Captivity of Kodavas, Captivity of Nairs of Northern and Southern Malabar, Captivity of Mangalorean Catholics and several instances of persecution, conversion and destruction of temples 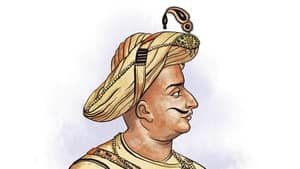 Tipu Sultan was a southern ruler and Sultan of the Kingdom of Mysore who is categorized as the most significant contributor to the Independence struggle, Secularism and India’s development. But, the reality is far beyond this; Southern India calls Tipu an epitomic figure of barbarism and fanaticism.

Our History books are well known for glorifying the tyrannical, despotic rulers and invaders who slaughtered and dismantled humanity and religious liberty. The reign of Tipu Sultan also dispenses him in the list of Khilji’s, Mughal’s, Mumluk’s and Turk’s. Several registered instances signify the ferocity of the kingdom of Mysore under Tipu Sultan and Hyder Ali’s rule.

The acts committed by the Tipu Sultan affirms the witness of his atrocities. History recorded numerous instances of forceful conversions and persecutions of Hindus, Christians and Tribals under Tipu’s bigotry. According to Khan Hussain Ali Kirmani, Tipu felt animosity against those who preached or practiced Non-Islamic faiths and beliefs.

The rebellion of Coorg arose due to the radicalization and atrocities committed by the Sultan of Mysore. The Coorg rebellions were crushed many times by the Fanatic Sultan but, it is said that justice or truth can’t be kept undisclosed. The hero of the uprising was Dodda Vira Rajendra, who fought with a handful of rebellions against the mighty forces of Tipu Sultan. Under the leadership of Dodda Vira Rajendra, Kodavas were became affirmed about their rights.

During initial battles, Coorg succeeded, but on the arrival of Tipu Sultan and his humongous army outnumbered the Coorg rebels. Coorg revolutionaries fought bravely but failed to eliminate Tipu’s forces from the Coorg.

The Kodava or Coogis people were forcibly converted into Sunni Islam on the condition to live or die. Those who went against Tipu’s army were brutally killed, and ladies were raped so that they could produce Islamic children. The converted Coorgis were made to Asadulai’s and were styled like Ahmadis. Capturing, harassing, persecuting, converting, and deportation of captives was common at those times.

“….Then carrying them away from their native country we raised them to the honor of Islam, and incorporated them into the Ahmedy corps.”

Captivity of Nairs from Northern and Southern Malabar:

The Nairs were treated with extreme wickedness due to their strong beliefs and faithfulness in the Hindu Dharma. The Nairs have confronted the mighty force of Sultan with saving their ladies and children’s but failed in front of monstrous power. Data suggests that around 400,000 Hindus were forcefully converted. Mass persecution and forced conversion became common in those harsh times.

In a letter to Syed Abdul Dulai:-

“………almost all Hindus in Calicut are converted to Islam. I consider this as Jihad.”

One of the trusted warlords of Tipu Sultan, Ghulam Ali destroyed and burned down several epic temples including Payyapur Temple. The bodies of women, children were pendent to the trees.

In a letter to Faujdar of Calicut Arshad Ali Baig, reflected the behavior with Nairs:-

“Getting possession of the village, Goorkul and of his wife and children, you must make make them Mussalmans out of them, and then dispatch them under the guard of Seringapatam.”

The captivity of Mangalorean Catholics marks another major event of brutality by Tipu Sultan and his forces. Around 60000-80000 Christians were taken captive, and at the time of release, the numbers decreased to 15000-20000. Thousands of Christians were forcibly converted and tortured to death while in captivity.

Other Atrocities committed by Tipu Sultan:

Tipu Sultan committed mass atrocities to Hindus and Non-Muslims in his reign. Under Tipu’s rule, three prominent temples of Southern India were demolished: Harihareswara temple at Harihar, Varahaswami temple at Seringapatnam and the Odakaraya temple at Hospet.

According to the Lakshmi Thatcher, “On the evening of Deepavali, more than 700 Mandyam Iyengars congregated at Narasimhaswamy temple on the banks of Cauvery at Srirangapatna town, capital of Tipu Sultan, were killed by Tipu’s army on charges of colluding with British while supporting Maharani Lakshmammanni.” The cruelty upon the Mandyam Iyengars was an unfortunate incident in history.

According to the Mysore Gazetteer, the translation of the writing was also found on the stone at Seringapatam which states that:

“Oh Almighty God! Dispose the whole body of Kafirs! Scatter their tribe, cause their feet to stagger, overthrow their councils, change their state, destroy their roots!  Cause death to be near them, cut off from them the means of sustenance! shorten their days.”

According to the Nishan-e-Haidari, 200 Brahmins of the area were forced to consume cow meat.

The death of Tipu Sultan by the strong Maratha and British Forces in the Fourth Anglo Mysore war was considered a victory over fanaticism, cruelty and unrighteousness.

Eventually, our history books and political parties glorify Tipu Sultan despite considering the atrocities of the ferocious and despotic ruler on innocent people. The trend of falsely glorifying these extremists needs to be stopped, and people need to acknowledge the efforts of those who contributed to the country’s progress in the real sense.

Check Out Articles on Conversion and Persecution in India:

Check out Articles on India Heritage and Culture: