Chhatrapati Sambhaji Maharaj: Epitome of tolerance and adherence towards Dharma

Chhatrapati Sambhaji Maharaj who faced 60 days of torture from Aurangzeb but didn't surrendered the adherence towards Dharma and country. Ideology of Dev, Desh, Dharma 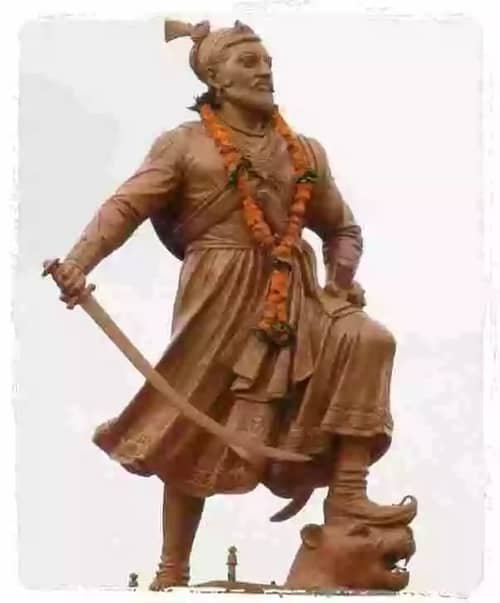 Sambhaji’s mother, Sai Bai, died when he was only two years old; later, his paternal grandmother Jijabai raised him and made him a warrior and a true devotee of the motherland like his father, Shivaji. At the age of 9, Sambhaji was sent to live with Maharaj Jai Singh I at Aamer Fort as a political hostage in the conformity of Treaty of Purandar with Mughal’s, where he became Mughal Mansabdar.

Sambhaji was married to Jivubai, daughter of Pilajirao Shirke and the marriage was related to the political alliance; later, she changed her name to Yesubai. The marriage of Sambhaji with Jivubai strengthened the power of the Maratha Empire as Shivaji access to the Konkan coastal belt was established through this marriage. Shahu I(son) and Bhavani Bai (daughter) were progenies of Sambhji Maharaj and Yeshubai. Later, Shahu I was crowned as a fifth Chhatrapati of the Maratha Empire.

Chhatrapati Sambhaji’s spent the most significant portion of his life in wars against Mughal’s, Portuguese, Siddis and Mysore, which established him as an iconic warrior of the Maratha Empire. Sambhaji’s Father Shivaji Maharaj led the foundation of the Maratha Empire and the Emergence of Hindutva Ideology at those tough times when the nation was covered with the terror of the foreign invaders like Mughals, Portuguese and Nizam.

Accession and Confrontation within Bhosale family over Throne

When Shivaji Maharaja was on his death bed, Sambhaji was captured at Panhala Fort by Soyarabai and Annaji Datto with the motive of preventing Sambhaji from succeeding the Throne. Soyarabai intended to install her ten years old son over the Throne and flourished the plan on April 21 1680.

Sambhaji plotted his escape from the prison, later killed the fort commander (Kiledar), and took the possession of the Panhala Fort. He finally captured the Rajgargh Fort and imprisoned Rajaram, his wife Janki Bai, Soyarabai, and all those who conspired against him. Sambhaji also failed the second attempt of Soyarabai to poison him, and as a result, Sambhaji executed Soyarabai, Annaji Datto, henchman of Soyarabai’s and Yeshubai’s Shirke family on the charges of conspiracy against the ruler.

The Administration of Sambhaji Maharaj constitutes eight councils of the minister and Chandogamatya. He is also recognized as a great administrator as he delivers unprejudiced justice to his subjects. He works on his father Shivaji Maharaj’s principles by inheriting the system and policies established by his father.

Sambhaji is well known for his progressive policies in agriculture as he promoted the small farmers with his iconic decisions upon water storage, irrigation, and advancing crop patterns during times of famine or drought. He also focused on increasing the income of small farmers by promoting agricultural activities in his reign.

Sambhaji was very well versed and attained expertise in around 8-9 languages including Hindi, Sanskrit, Telugu, and many more. Sambhaji authored several books like Budhbhushanam, written in Sanskrit and talks about Politics and Military tactics. Nayikabhed, Saatsatak, and Nakhshikha were his books in the Hindi language.

During the Mysore campaign, the creative or scientific nature of Sambhaji was explored as he discovered the leather jackets for his army so that they could remain protected from the lethal arrows fired by the enemy forces. Sambhaji Maharaj also built the causeway of 800 meters on the sea from Rajapuri and Janjira so that army could surpass and defeat the Siddis of Janjira.

Sambhaji Maharaj and his father escaped the Mughal’s prison astonishingly, as some theories states that they escaped through a basket full of flowers. The other theories establish that they escaped by enacting as a priest. This incident shows the brilliance of Sambhaji at a tender age.

During the Mughal campaign of Maratha’s, Aurangzeb shifted himself to the Deccan at Aurangabad and faced tough competition from the Maratha’s. Aurangzeb faced a crushing defeat and was forced to retreat Delhi. Mughal influence over Maratha’s started diminishing after the defeat. Aurangzeb’s fourth son Akbar also joined Sambhaji, including some Mansabdar’s of Mughal Court, by attaining his trust. Sambhaji helped Akbar to flee to Persia.

Under the leadership of Chhatrapati Sambhaji Maharaj, the Maratha’s decisively defeated the numerically strong Mughal army in the campaign by using guerrilla warfare tactics and Small military combats. This pilloried the hope of Aurangzeb in attaining the Deccan from Maratha’s and compelled Mughal’s to withdraw themselves from the Deccan.

Sambhaji Maharaj also led the successful campaign against the Portuguese, Siddis, and Mysore during his reign. He also invaded and looted the Burhanpur, where Mughal collected Jaziya taxes from Hindu Devotees.

The Battle of Wai resulted in the weakening of the Maratha Forces as a prominent Maratha leader Hambirao Mohite was Martyred in the battle. Sambhaji, while making strategy with his prominent military commanders to conquer the Mughal’s at the Skirmish at Sangameshwar in February 1689, one of his brothers-in-law betrayed the Maratha’s by locating the current position of the Maratha’s to the Mughal Commander Muqarrab Khan. Mughal’s surrounded the Maratha’s from all sides, and as a consequence, Sambhaji got captured by the Mughal’s.

The Mughal Emperor Aurangzeb ordered Sambhaji to embrace Islam but he refused to do so and said he would only live to protect his duties and ideals: Dev, Desh, and Dharma (God, Country, and Religion).

When captive Sambhaji presented in the Mughal Court, the Mughal made an offer to him to embrace Islam and become Mughal General, at first when he refused, he was made to wear clown’s clothes, and Mughal Soldiers urinated upon him and then dragged him by tying him to the horses. Secondly, when he asked to accept Islam, he again refused; as a result, his tongue was torn off, again, the question was put, he refused by writing “No Never”. Again asked to accept Islam, on refusal, his eyes were gouged out, he again refused his skin was removed from the body, and with each passing day one of his body parts were taken out but, the love and spirit for the country didn’t let down his energy, and after facing 60 days of relentless torture he lost his life on March 11, 1689. Sambhaji’s remains were cut down into pieces by the Mughal’s and thrown into the rivers and banks without a funeral.

After the torturous death of Chhatrapati Sambhaji Maharaj, Rajaram, his half-brother, succeeded him and transferred the capital far south to Jinji, whereas Santaji Ghorpade and Dhanaji Jadhav continue to avenge the death of Sambhaji Maharaj by harassing the Mughal Army.

Later, under the leadership of Sambhaji’s son Shahu I Maharaj the fifth Chhatrapati of the Maratha empire again became strong by capturing most of the Mughal territories.

Therefore, the prime sacrifice made by Chhatrapati Sambhaji Maharaja encourages us to dedicate our lives to the Country, God, and Religion. This Legend’s invincibility has become the epitome of love, affection, and respect towards country and religion. The Government of India is planning to change the name of Aurangabad to Sambhajinagar to present a tribute to one who protected the dignity of the Sanatana Dharma.