Ram Prasad Bismil: The forgotten tale of adherence towards nation 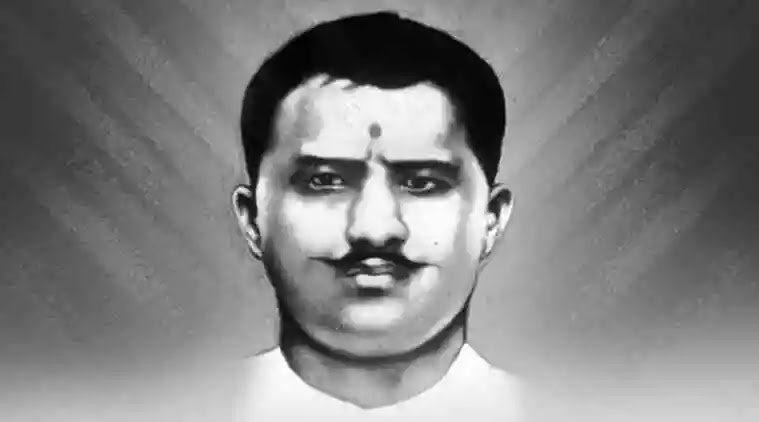 Pandita Ram Prasad Bismil, revered for Mainpuri and Kakori Conspiracy against British colonialism, was an Indian Revolutionary and founder of HRA (Hindustan Republican Association). Bismil also practised nationalist writing and was a Hindi and Urdu language poet. He fought dauntlessly against the bigotry of the British Raj upon Indians.

Bismil was born on June 11, 1897, in a middle-class Brahmin Family of Shahjahanpur, Uttar Pradesh, to Murlidhar (Municipality officer) and Moolmati. His father’s earnings were insufficient to sustain the family, so he stopped his schooling after the eighth standard. Since his childhood days, he became a strict follower of Arya Samaj.

Ram Prasad Bismil’s name is included under one of the most notable revolutionaries of the Indian Independence Movement. Bismil received the ideals of Patriotism and freedom from Arya Samaj and the death sentence of Indian Revolutionary Bhai Parmanand (An Arya Samaj Activist). Bismil was only 18 when he wrote his first poem, “Mera Janm“, to express his anger and condolences to the Indian Revolutionaries, those who lost their lives while fighting vigorously against British forces for Independence.

The Symbol of Friendship:

Ram Prasad Bismil and Ashfaqulla Khan are better known for their Friendship as they both were close companions in Independence Struggle and Poetry attractions. During the early days, Ashfaqulla Khan regarded himself as obedient and a fan of Ram Prasad Bismil and got inspired to fight for the country’s Independence through his poems and spirit of Patriotism. Consequently, he joined HRA (Hindustan Republican Association), led by Bismil at those times.

Bismil belongs to a Brahmin Family; on the other hand, Ashfaqulla comes from a Muslim family, but their bond was much more than real brothers; this depicts their ideology propagates the true essence of Secularism and love for the country. Their keen interest was in poetry and was recognized as the main attraction during poetry functions. Bismil and Ashfaqulla both used to publish their works of Poetry on Independence and Patriotism through Radio and Newspapers.

Ashfaqulla Khan and Ram Prasad Bismil were hanged on the same day, December 17, 1927, for being charged under Kakori Train Robbery. They both had a Common vision of Free and United India by creating belongingness and oneness between Hindus and Muslims.

The Fantasy films or Mythological stories of Dharm-Veer, Jai-Veru and Sonu-Titu have no such impact as of “Bismil-Ashfaq” friendship. Their Friendship is still immortal with a noble view of the country’s Independence and Patriotism.

Bismil attained education till the eighth standard due to the lack of sufficient wealth of the family. However, Bismil was well versed in the Hindi and Urdu language. His writings and poems were famous all over Indian territory. His Patriotic journals and poems started trending and speeded up the feeling of attaining Independence and Patriotism in common public. The famous works of Bismil include ‘Sarfaroshi Ki Tamanna’ and a song ‘Mera Rang De Basanti Chola’ written while residing in the Lucknow Jail.

Bismil published his first poem at the age of 18, ‘ Mera Janm‘. At the time of the Mainpuri Conspiracy, he vows ‘Mainpuri ki Pratigya’ through ‘Deshvashiyo Ke Naam Sandesh’. He was also known for translating several Bengali books, including Bolshevikon Ki Kartoot and Yogic Sadhan. He also generated the collection of poems through Man Ki Lahar and Swadeshi Rang. Bismil has also written his autobiography while residing in Gorakhpur Jail for committing Kakori Conspiracy and was published under the title of ‘Kakori ke Shaheed’ by Ganesh Shankar Vidhyarthi in 1928.

Bismil became active in revolutionary activities through his poem and writing work against the British Empire. At first, Bismil formed the Matrivedi revolutionary organization along with his school teacher Genda Lal Dixit and Somdev.

Through his influential contacts with the dacoits of the State, Dixit organized them collectively and formed another organization called Shivaji Samiti. Bismil and Dixit strengthened their respective organizations by arranging crowds from other prominent nearby districts.

After the Chauri-Chaura incident, Gandhi Ji terminated the Non-Corporation movement. On this Bismil, Ashfaqulla Khan, Sachindranath Sanyal, Sachindranath Bakshi and Jogesh Chandra Chatterjee and several other revolutionaries started protesting against Gaya Congress and Gandhi Ji for the termination in 1922. This resulted in a split of Congress into two groups; Moti Lal Nehru, under Gandhi Ji’s guidance, led Swaraj Party, whereas Bismil led HRA along with several revolutionaries.

The organizations created by Bismil and Dixit needed money and the weapon to strengthen their campaign further. So Ram Prasad Bismil published a Pamphlet naming it Deshvashiyo Ke Naam Sandesh (A message for the Countrymen), which he attached with his poem “Mainpuri ki Pratigya” the poem reflects arranging the funds for their organization.

Bismil and Dixit, with their team, undertook robbery on three occasions in 1918 to strengthen their organization with some funds and weapons. However, the British Guards got information and initiated a search for Bismil and other compatriots. Bismil escaped from the scene and jumped into the Yamuna river, whereas Dixit got arrested and taken to Agra fort.

HRA revolutionaries’ executed the Conspiracy by stopping the 8 Down Saharanpur-Lucknow train at Kakori Station with the motive of looting the treasury (Cash put in the Guard’s Cabin of ₹8,000) carried under the security of British officers. The Britishers were heading towards depositing this money to their British Government’s treasury which initially belonged to innocent Indians.

One HRA Revolutionary Manmathnath Gupta unintentionally killed the Lawyer Ahmad Ali, a passenger on the Train, but British forces called it a manslaughter case. Only ten revolutionaries participated in the Kakori incident but, the tyrannical British Government arrested 40 revolutionaries without any proof and connection to the case.

In the wake of the Court’s decision, mass movements and protests are held all across the country in support of Ram Prasad Bismil and other revolutionaries. Over the night, this decision made Ram Prasad Bismil a hero of the Independence struggle and generated anger among common people.

Ram Prasad Bismil was martyred by hanging on the Court’s orders on December 19, 1927, in Gorakhpur Jail. It is said that when he was asked about his last wish, he said,

With that, he kissed the Hanging noose and died smiling at age 30. On the same day, his friend and great revolutionary Ashfaqulla Khan and Roshan Singh were also Martyred.