Shaheed Kartar Singh Sarabha: An inspiration to the revolutionaries 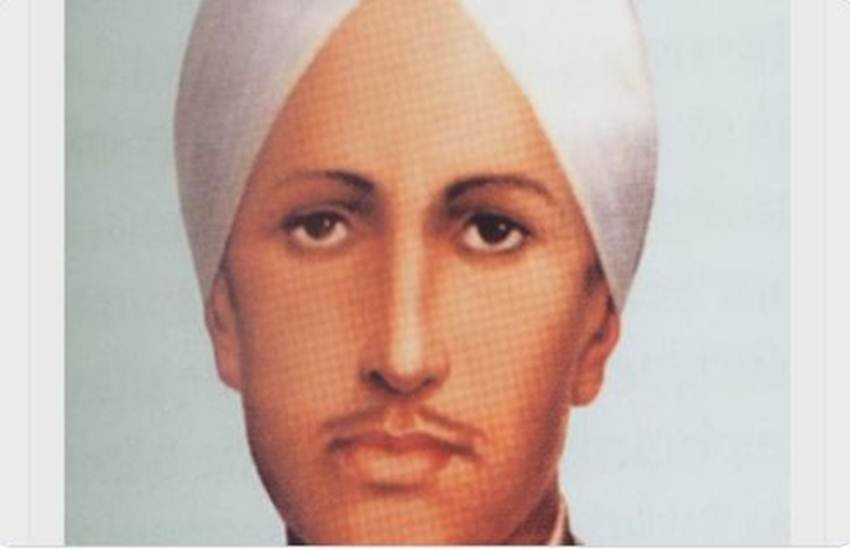 Kartar Singh Sarabha is revered for his prominence in the Freedom struggle and participation in Ghadar Movement and Party to eliminate British Colonialism. Among several exalted tales of Indian Freedom Struggle, we have forgotten the one who triggered feelings of patriotism and love towards motherland in prominent revolutionaries of Indian Freedom Struggle like Shaheed Bhagat Singh.

Kartar Singh Sarabha was born in the Grewal Jat family on 24th May 1896 in Sarabha village, Ludhiana, Punjab. He was born to Mangal Singh (father) and Sahib Kaur (mother). The infancy stage didn’t even complete when Kartar lost his father; Kartar Singh was bought up collectively by Mother Sahib Kaur and Grandfather Badan Singh Grewal.

After achieving initial education in Sarabha village, Singh completed his schooling at Malwa Khalsa High School and then sifted to Ravenshaw college in Cuttak, Odisha. It is also believed that Singh was sincere and studious in attaining knowledge. Thus, his grandfather planned to send him Abroad to pursue his career. Singh enrolled at the University of Berkeley and came into contact with the patriotic group Nalanda Club which aroused a feeling of duty towards serving the motherland and nationalistic sentiments in him.

According to a historical note by Baba Jwala Singh, Singh was seen by him, while working in a mill factory in Astoria, Oregon. It is also said that Singh was subjected to racial differences in America, making him think about India under British Rule. Singh got engaged in revolutionary activities and politicized his college life. Singh also propagated the idea of independence and freedom and instigated people to fight against injustice while residing abroad.

In March 1913, Revolutionary Lala Hardayal addressed several sessions in the region of Washington and led the foundation of the Movement against the Injustice of the British Raj. The Movement was named Ghadar – which focused on the armed revolution in India to make the motherland free from the atrocities of British Invaders. All these events led Singh to jump into the Movement and establish himself as a prominent member of the Movement.

The other organization, Pacific Coast Hindustan Association, was formed by the leading members of the freedom struggle Har Dayal, Sohan Singh Bhakna and PS Khankhoje. The organization raised the voice of Indian and Asian immigrants who became subjected to racial discrimination. The Movement was also joined by Berkeley University students, including V.G. Pingle, Kartar Singh Sarabha and Tarak Nath Das.

Sohan Singh Bhakna influenced Kartar Singh to revolt for his rights and liberties. Bhakta even called him “Baba Grenal”. Singh also contributed to the newspaper initiative of Lala Hardayal by printing the Gurmukhi edition and writing patriotic poems and articles in the Ghadar (revolt). The newspaper was even circulated in different languages like Hindi, Punjabi, Bengali, Pushto, and Gujarati and had readers worldwide.

The Ghadar newspaper propagated the idea of freedom to the millions of Indians. The newspaper influenced the Indians and created constraints in the path of British rule. The Indians became aware of their rights and revolted against the injustice. The writings of Kartar Singh made him an iconic figure in the Punjab region.

With the initiation of World War 1, the British got engaged in the war, thinking it to be the right opportunity to execute the plan to make the country free. On 5th August 1914, Ghadar Party published the Article titled “Decision of Declaration of War” against the British to make India free.

Kartar Singh further negotiated with other freedom fighters, including Jatin Mukherjee and Rash Behari Bose, regarding the plan to make the country free. Singh even affirmed that the 20,000 members of the Ghadar Party were expected to take part under the leadership of several Indian freedom struggle giants.

Unfortunately, a large portion of leaders and members of the Ghadar Party were arrested by the Police and eventually failed in the plan to make India free. It was later recovered that Kirpal Singh, a police informer and a traitor serving in the Ghadar party, betrayed the party and planned to make the country independent.

The Party High command instructed all the party’s active members to flee Afghanistan as their identities were disclosed to the Police. Singh’s conscience didn’t permit him to leave the motherland in trouble, and he eventually decided to stay and take the Movement forward.

On 2nd March, Singh, along with Harman Singh Tundilat and Jagat Singh, was arrested by the local Police from Chak No. 5, district Lyallpur.

While in the courtroom, Kartar Singh affirmed the rights and liberties of the Indians, and he took the blame for the conspiracy upon himself. The Judge requested the teenage boy, who is barely above 20, to change the statement, but the result was all opposite; he said,

“Why Should I, if I had more lives than one, it would have been a great honour for me to sacrifice each of them for my country.”

Kartar Singh was sentenced to death and martyred on 16th November 1915. At the time of his execution, his eyes were generating fire and looking fearless; that was the courage of the son of Mother India.

“He always carried this photo in his pocket. Very often, Bhagat Singh would show me that photograph and say, ‘Dear mother, this is my hero, friend and companion.'”

Eventually, Kartar Singh Sarabha is an uncredited and forgotten freedom fighter of India who fought against the Hegemony of the British Raj. But, the new age historians and politicians manipulated and suppressed the history to promote the nepotistic approach and favoured a family responsible for the independence of India.

How Grief Upsets Your Gut Health